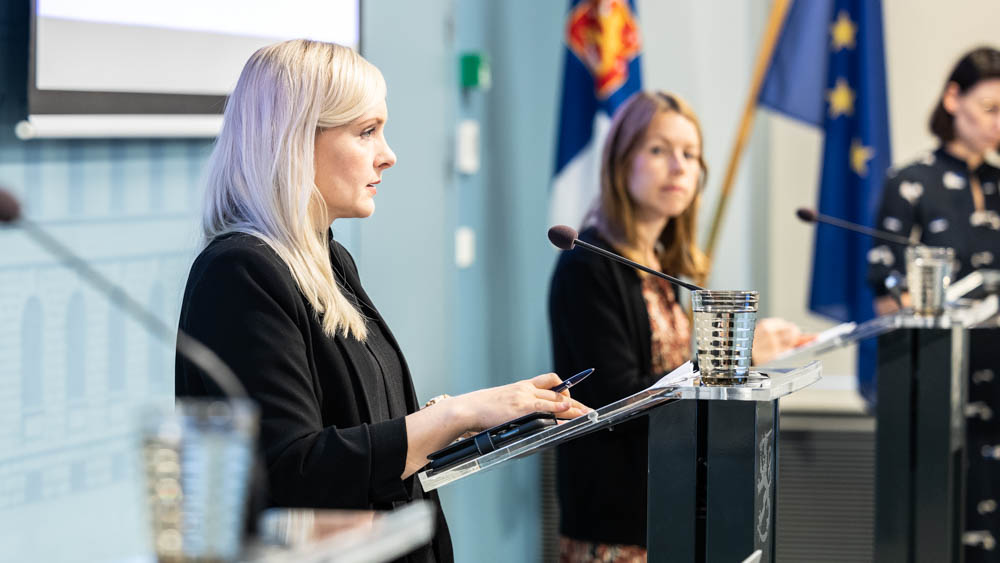 Russia's war of aggression has made energy and climate policy an even more integral part of foreign and security policy. Finland should continue to take decisive climate action and accelerate the green transition in the midst of the energy crisis, said Minister of the Environment and Climate Change Maria Ohisalo at an event on climate action, energy solutions and Finland’s comprehensive security.

Ohisalo stressed that the era of low-cost fossil fuels has come to an end, and that renewable and emission-free energy is the only way to get out of the ongoing energy crisis and create stability for the future.

“As a result of the energy crisis, security policy has become more than just a topic for discussion at negotiating tables between states – it is now part of our everyday lives. Our entire society depends on energy. How we produce this energy and how much energy we consume is strongly linked to our comprehensive security,” Minister Ohisalo said.

“It is now clear that the power structures associated with the energy transition are leading to increased tensions between major global powers. At the same time, the fact that we are far along in the transition in Finland protects us from the most severe effects. The green transition must also be our starting point when anticipating and preparing for future crises,” said Senior Researcher Emma Hakala from the Finnish Institute of International Affairs.

Ohisalo pointed out that even in the midst of the energy crisis, we must work consistently to advance the green transition. Of the new measures to achieve this, Minister Ohisalo drew particular attention to energy self-sufficiency loans, which aim to support households, housing companies and SMEs in moving away from fossil fuels. The new guarantee model would be targeted, for example, at investments that improve the energy efficiency of buildings or renew heating systems to make use of renewable energy, such as geothermal, wind and solar energy.

“Clean solutions that improve energy self-sufficiency are cost-effective in the long term, but many are unable to make the major initial investments needed to implement them. Our aim is to make it possible to apply for loans from participating banks in early next year,” Ohisalo said.
Ohisalo also noted that renewable energy production is growing well on market terms, and that there are already so many projects under way that wind power will almost double in the next few years. The Government is also taking action to mitigate delays and remove barriers related to permit processing.

“A study on increasing wind power production in Eastern Finland has just been launched, and two weeks ago the Government submitted a proposal to Parliament on accelerating green investments. When it comes to permit processing, an acceleration lane will be opened for projects supporting the green transition.”

In an emergency situation, however, energy saving is the best and most effective protection from the worst consequences of the energy crisis. Many organisations have already announced that they will participate in the national energy saving campaign.

“Individuals should not bear the brunt of energy saving measures; businesses and public authorities must also do their part. This is an opportunity for the central government and municipalities, in particular, to show they can deliver,” Ohisalo emphasised.