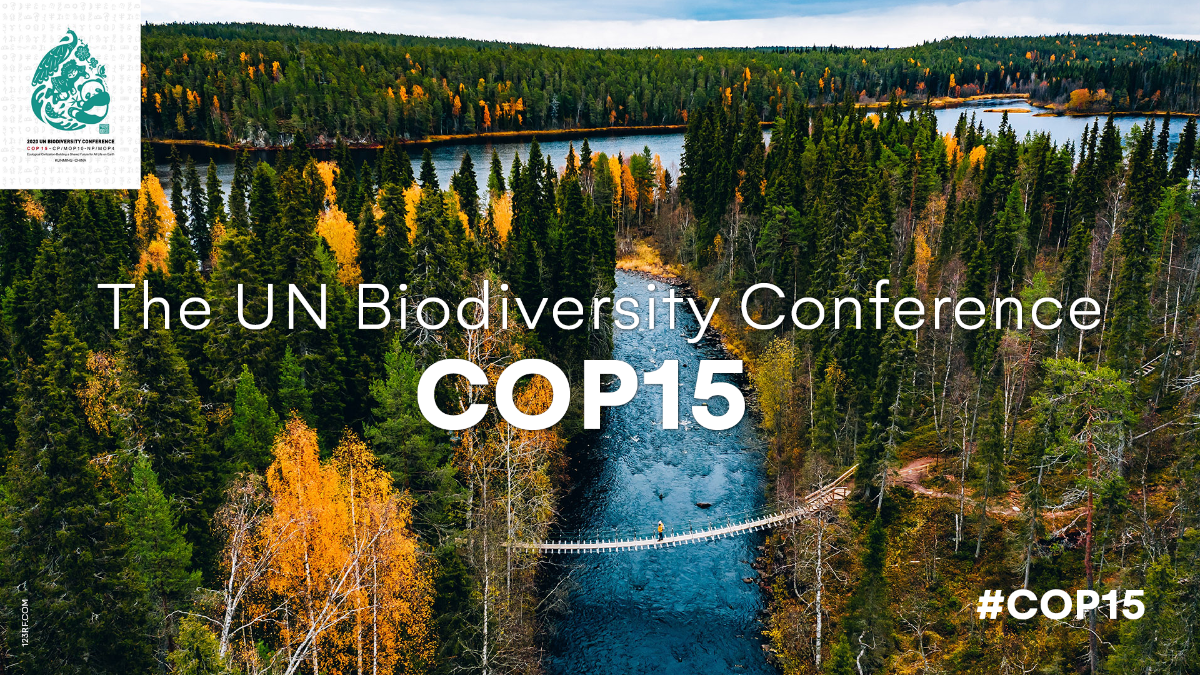 The first phase of a meeting of parties to the UN Convention on Biodiversity provided good prospects for further negotiations aimed at halting biodiversity loss. Hosted by China in Kunming and partly arranged as a virtual event, the main achievement of the meeting was a unified message concerning the level of ambition in necessary measures. The Declaration stresses the need for swift action in all areas of society to halt the loss of biodiversity.

“The environment is a cornerstone of our existence. The common message from the countries assembled in Kunming was clear: we must finally raise the issue of halting biodiversity loss and protecting ecosystems at the core of all of our economic activities,” explains Krista Mikkonen, Minister of the Environment and Climate Change.

Biodiversity loss recognised as a crisis threatening the existence of mankind

Biodiversity loss means a decline and disappearance of habitats and species that threatens many ecosystem services provided by the natural environment as it worsens. The second part of the UN Biodiversity Conference in April-May 2022 is due to agree on the common goals, objectives and measures of countries to halt global biodiversity loss. The main aim of the first stage was to seek a common policy in support of the preparations. This policy took the form of the Kunming Declaration adopted on Wednesday by all 196 countries involved in the UN Convention on Biodiversity and the European Union. The USA is not a party to the Convention.

The Kunming Declaration states that biodiversity loss threatens the existence and wellbeing of mankind, our societies and our cultures. The Declaration also includes a 17-point list of principles to which the parties are committed. These include mainstreaming biodiversity into all aspects of society and strengthening resources to safeguard the environment. The Declaration is strongly based on scientific assessments.

“The Declaration is precisely what the European Union and Finland were seeking. It provides a strong mandate to promote an ambitious global environmental policy. The target of protecting 30 per cent of the world’s land and sea areas enjoyed a great deal of support at the Conference. Restoration efforts were similarly supported. We shall negotiate further on these aspects in January,” says Chief Negotiator Marina von Weissenberg.

The countries state in the Declaration that reversing the course of biodiversity change will require a combination of measures. These include protecting and restoring biodiversity, sustainably using natural resources, soil, waters and seas, mitigating climate change, controlling invasive alien species, eliminating environmentally harmful subsidies, and reorienting post-pandemic recovery policies towards solutions that are sustainable with respect to climate and the environment.

“It was also considered important for indigenous peoples and local communities to be involved in promoting environmental conservation and sustainable use. The role of women, girls and young adults in this work was also stressed,” Chief Negotiator Marina von Weissenberg continues.

Highlighting the link between biodiversity loss and climate change

New financing commitments from such parties as the European Union, France, Japan and the host country, China were heard at the Conference. China is establishing its own fund for biodiversity, and France proposed the use of 30 per cent of the country’s emissions trading revenues for biodiversity.

Geneva will be the venue for further negotiations in January, with decisions prepared for the April-May meeting of parties. The May Conference in Kunming will seek to confirm concrete and numerical targets to halt biodiversity loss.