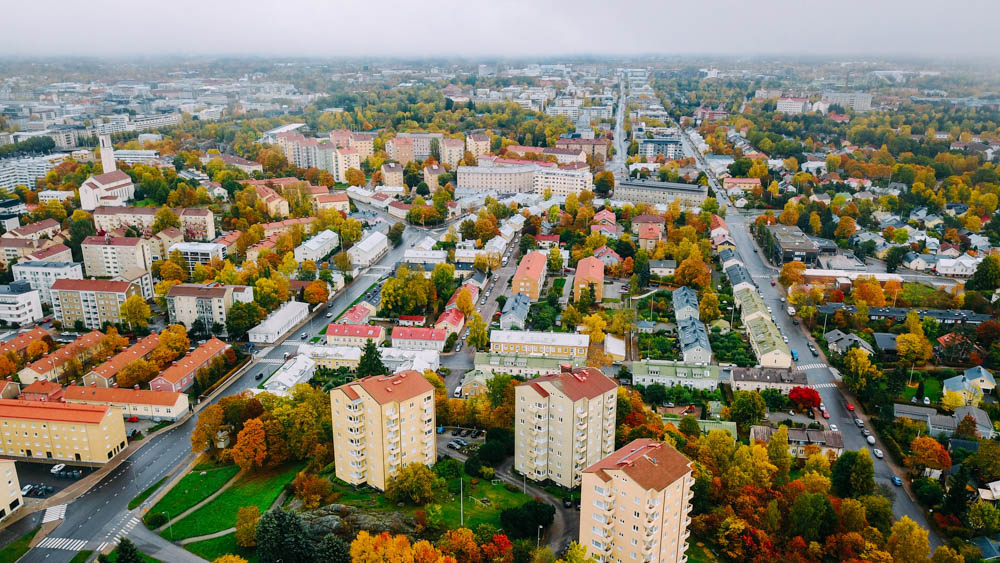 The Government approved the proposal for amending the Climate Act on 20 October. The Climate Act was supplemented by an obligation concerning the municipalities. In future, the Act obliges them to draw up climate plans, either alone or together with other municipalities in the region. Provisions to clarify the procedure to be applied in requests for review were also included in the Act.

The Climate Act is being reformed in two stages. The reformed Act entered into force in July. The Act sets emission reduction targets for 2030, 2040 and 2050. The target of a carbon-neutral Finland by 2035 at the latest is now for the first time laid down by law. The Act lays down provisions on climate policy plans and, by the reform, the Act was extended to apply to the land use sector. A target to strengthen carbon sinks was also included in the Act.

Now the new Climate Act is supplemented with provisions concerning the climate plans of municipalities and requests for review. The aim is to strengthen climate work in municipalities and improve the realisation of legal protection.

According to Minister of the Environment and Climate Change Maria Ohisalo, the climate plans of municipalities will significantly boost climate work in Finland as a whole.

“Many Finnish municipalities already have climate targets that are more ambitious than the national ones, and by this new Act all municipalities will join the effort to build a carbon-neutral Finland. The municipalities need not draw up climate plans on their own, and especially smaller municipalities should seek cooperation within the region in preparing the plans,” Ohisalo says.

The climate plans of municipalities must at least set out a target to reduce greenhouse gas emissions in the municipality and specify the measures by which the emissions will be reduced. Targets and measures related to adaptation and sinks can also be included in the plan.

Government grants would be awarded to the municipalities to fund the process to draw up the plans. In its spending limits discussion of spring 2022 the Government made a decision to allocate about EUR 2.6 million per year for the preparation of climate plans in municipalities.
The municipality must draw up a climate plan or update the plan at least once during each council term. The plan is approved by the local council.

Guide to support work in municipalities

Municipalities have a key role in climate change mitigation because they make significant decisions on e.g. land use, transport planning, energy production and procurement operations.
The Ministry of the Environment is drafting a practical guide to municipalities to support them in drawing up climate plans. The guide should be ready in spring 2023. The guide will help municipalities in drawing up plans that meet the minimum requirements laid down in the Act, but it will also give information on how the plans can be made even more ambitious.

According to the government proposal, provisions to clarify the procedure concerning requests for review are to be included in the Act. Now the Climate Act does not contain provisions on the procedure for requests for review concerning decisions made under the Climate Act. This has led to an ambiguous legal situation in terms of whether reviews can be requested regarding climate policy plans and which parties would have the right to appeal by virtue of the Administrative Judicial Procedure Act.

According to the proposal, the right to request for review would apply e.g. to a party whose right, obligation or benefit may be specifically affected by the impacts of climate change or actions related to climate change mitigation or adaptation. Parties entitled to request for review concerning Government decisions on climate policy plans under the Climate Act could do this by way of appeal to the Supreme Administrative Court.
The Act is to enter into force on 1 January 2023.