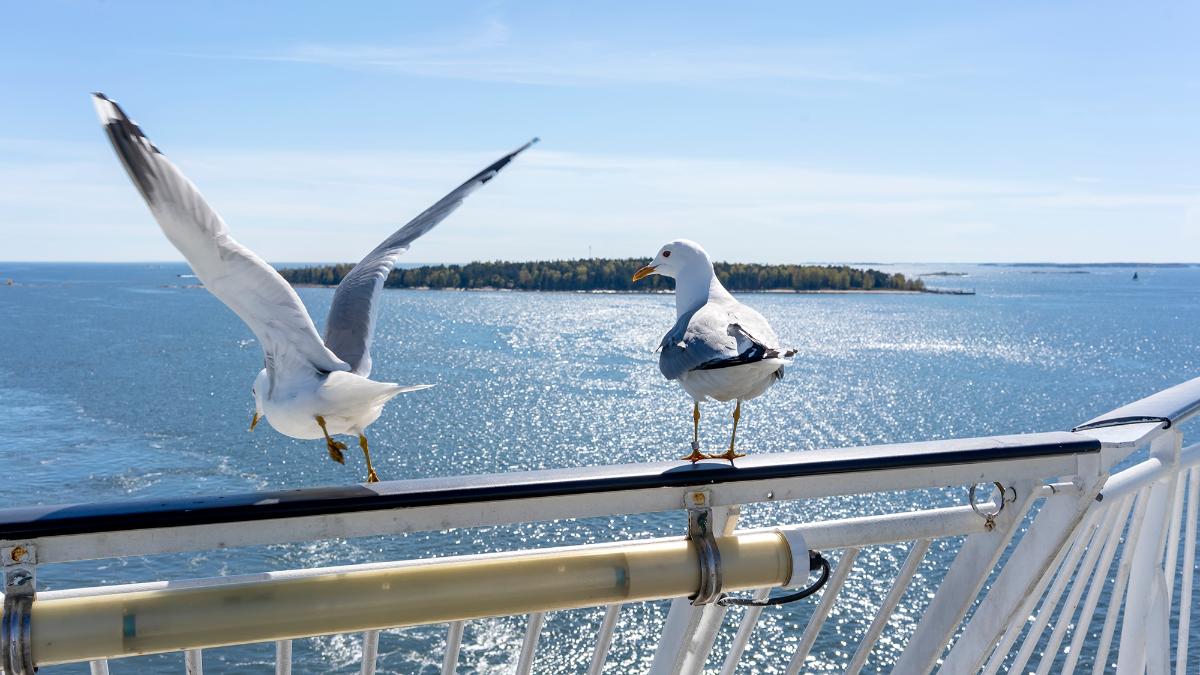 “Resolute measures are needed even more to improve the state of the Baltic Sea. A lot has already been done but, unfortunately, it takes some time before we can see the impacts,” said Minister of the Environment and Climate Change Krista Mikkonen, who headed Finland’s delegation at the meeting of the Baltic Marine Environment Protection Commission HELCOM in Lübeck. “On Finland’s initiative, the programme now includes stronger targets for mitigating eutrophication and for the circular economy, and for minimising the environmental impacts of shipping. The Baltic Sea Action Plan has proven the power and necessity of cooperation in these matters,” Minister Mikkonen said.

The ministerial meeting issued a statement emphasising the importance of cooperation in the Baltic Sea in the global context as well. HELCOM promotes the global sustainable development, climate, nature and marine protection goals. The UN and many other parties consider HELCOM’s work in regional marine protection as something to learn from.

More measures to achieve a good status for the Baltic Sea

The updated Baltic Sea Action Plan contains almost 200 measures to achieve a good status for the Baltic Sea. Some of them are to be taken by individual states, some of them by the states together.
The Baltic Sea states and EU agreed that the list of significant pollution sites, the Hot Spots, will be supplemented by 2025.  They also agreed on a strategy and measures concerning nutrient recycling and modernisation of the annex to the Action Plan concerning pollution from agriculture. By 2030, at least 30% of the marine area of the Baltic Sea should be protected by a connected, effective, well-managed and ecologically representative network of marine protected areas.

Compared to the original, the Action Plan is now broader in scope as it also takes stronger action to prevent marine litter and damages caused by underwater noise, improve nutrient recycling and restore the seabed and marine nature. Climate change has major impacts on the Baltic Sea ecosystem and the protection measures, which is why it is dealt with as a cross-cutting topic throughout the Action Plan.

In the negotiations on the update, Finland advocated especially the need to strengthen measures to curb eutrophication, and took the initiative to prepare a nutrient recycling strategy and led this process. Finland also led the process to prepare measures related to the mitigation of the harmful impacts of maritime activities such as shipping and fishing.

A good status for the Baltic Sea was not achieved by 2021, which was the deadline set in the original Baltic Sea Action Plan. The state of the sea has continued to deteriorate in many respects, and eutrophication has even increased. However, there have also been positive developments: nutrient loading and emissions of harmful and hazardous substances have decreased, and the status of certain seal, fish and bird populations is now good.

The original Action Plan included a total of 177 measures, and better progress was made in implementing them jointly than when implementing national measures. The impacts of some of the measures on the state of the sea are yet to be seen. It takes some time, in some cases even decades, before e.g. the decrease in nutrient loading is reflected in the state of the sea.

The measures allocated to Finland have mainly been implemented through the national water management plans and the Finnish Marine Strategy.  In 2015–2018, the Government supported the protection of waters and the marine environment by about EUR 40 million, and for 2019–2023 the Government has decided to boost the implementation of the measures by as much as EUR 69 million.

The ministers responsible for marine protection in the Baltic Sea states and the European Commissioner for the Environment, Oceans and Fisheries convened for the first physical meeting since the start of the COVID-19 pandemic. The meeting was hosted by Germany, which holds the Chairmanship of HELCOM in 2020–2022.